The end is in sight!
Last night I finally completed the quilting on the borders. 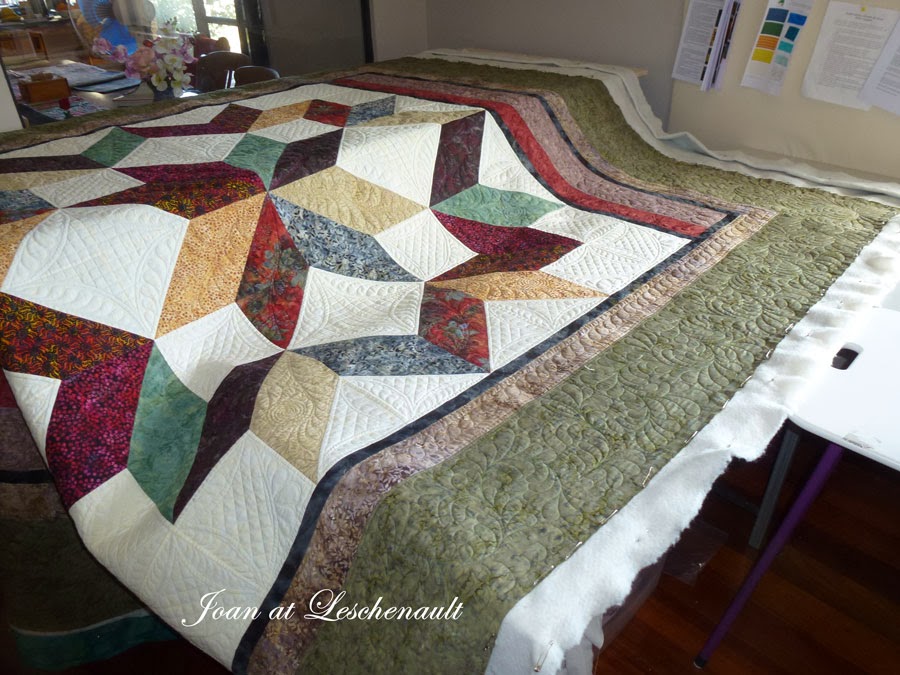 Only the binding to go now...so I have a decision to make for the binding  fabric.....and then the hand sewing
Not something I love. 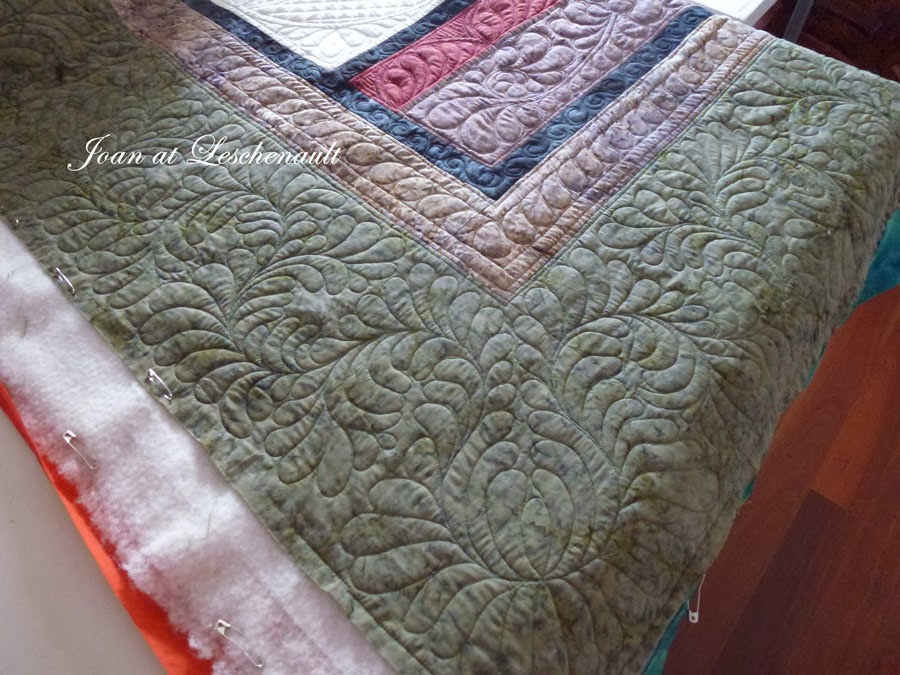 The last borders I did were the small dark blue ones.. I was going to add something to the one between the dark blue and the green, as there are many puckers...but decided to stop and hope they are better when the quilt is washed.
I also thought - enough is enough! 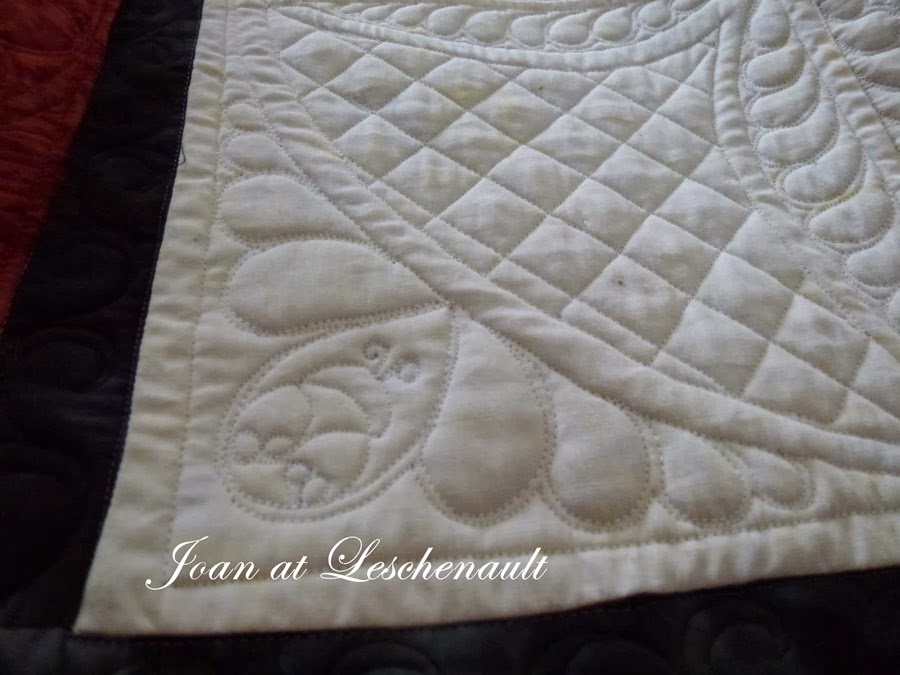 One of my two trademark ladybugs 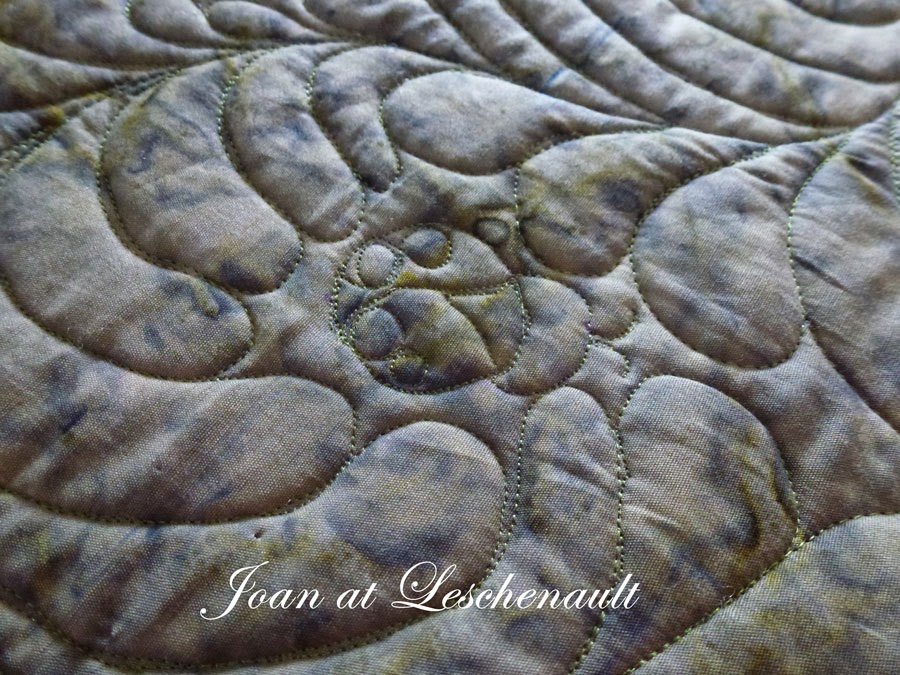 And the second, which took me quite a while to find.  I did think I had a third, but must have decided that was enough!

Oh my Joan - the outer green border looks stunning and I love the ladybugs. I wish I were close to you I would help you with the binding -- I like hand sewing it and relaxing in my easy chair. Congratulations on getting this far - and cheers to the upcoming setup of your frame!! Karen

Wow...looks wonderful. You quilt with Longarm?

What Comes Next? said...

Yay! Good luck with the binding! I was thinking about you and your ladybugs yesterday :)

Joan, this turned out so beautiful!

Joan, Your quilting absolutely ROCKS! Tell you what, I'd be more than happy to do your binding for you and you could do my quilting, nnice trade and one that I'd benefit the most from, LOL. Wished we lived closer without an ocean between us.

Another beautiful job completed, it is definitely a show piece. I also have a Carpenter's Star top completed but it's still waiting for me to quilt it but I'm too hesitant to start...maybe soon. lol