Time for a progress report
Have just completed the four blocks shown below.. 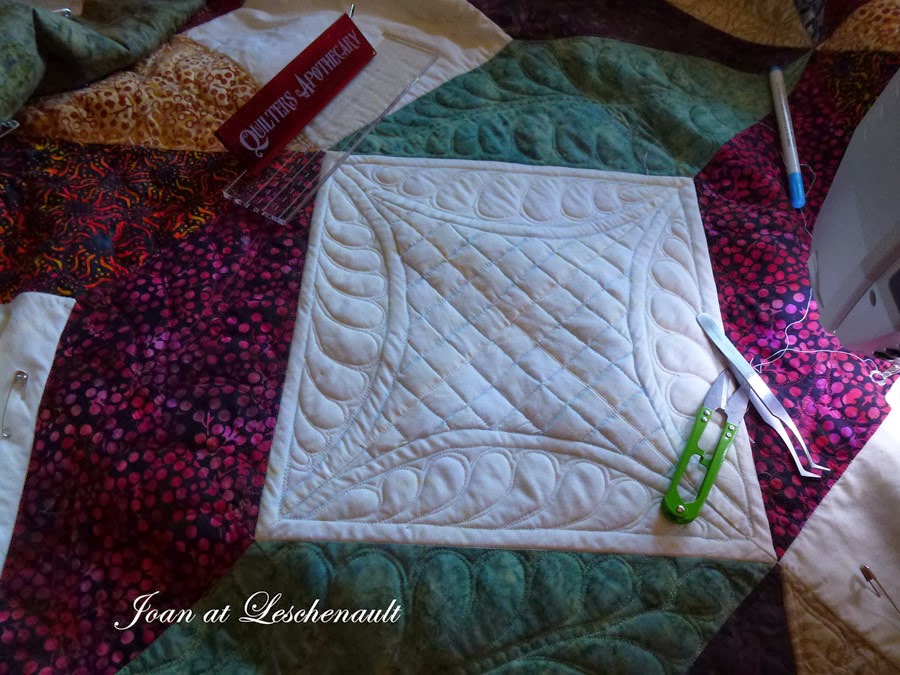 As you may be able to see - I have been trying out my new Jamie Wallen
Ruler from Quilters Apothecary . 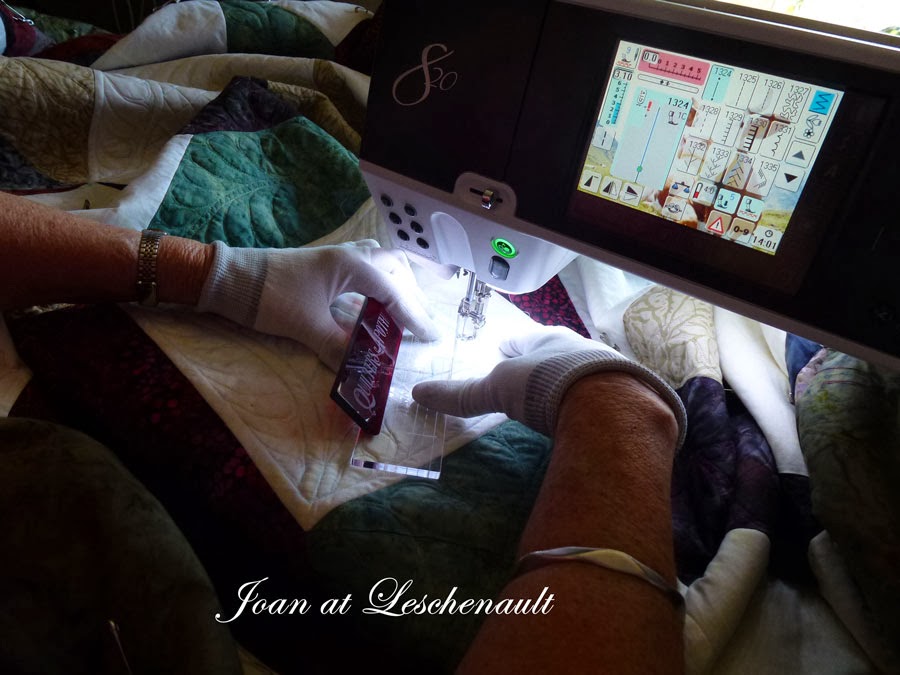 I must admit to having problems at first... and kept going back to freehand ... the freehand didn't really look good, and finally after a light bulb moment ... I changed the open toe quilting foot...  to my darning foot.. and.. Voila .. had so much better control with Jamie's ruler.
It ONLY took me till the last of the four block were nearly completed.
I think I mastered it!

All the feathers were FMQ 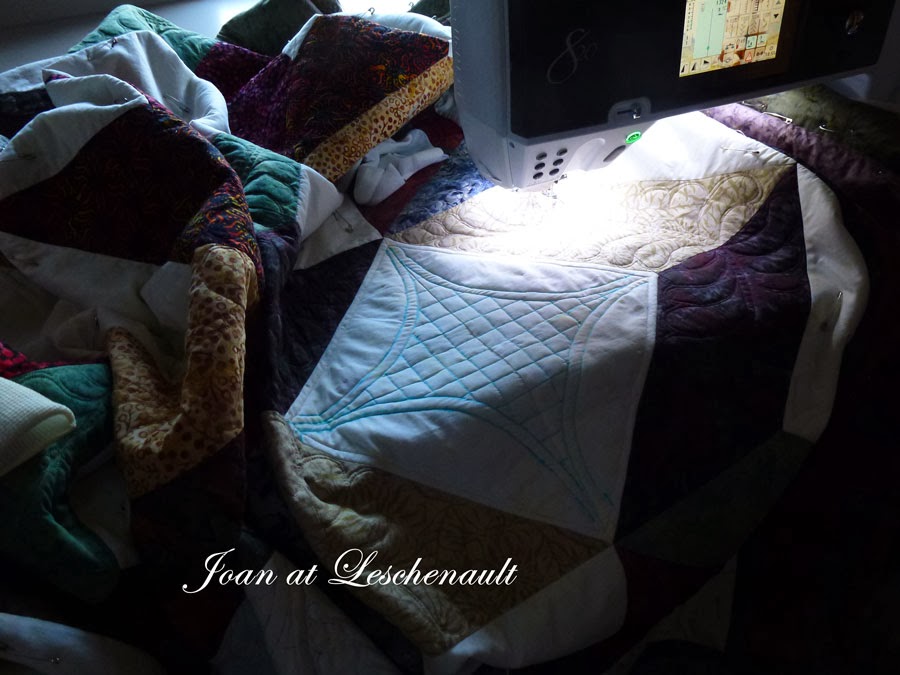 This was the third block last night.. using a blue water erasable marker.

I also used the purple vanishing eraser pen...and then lastly some blue chalk. 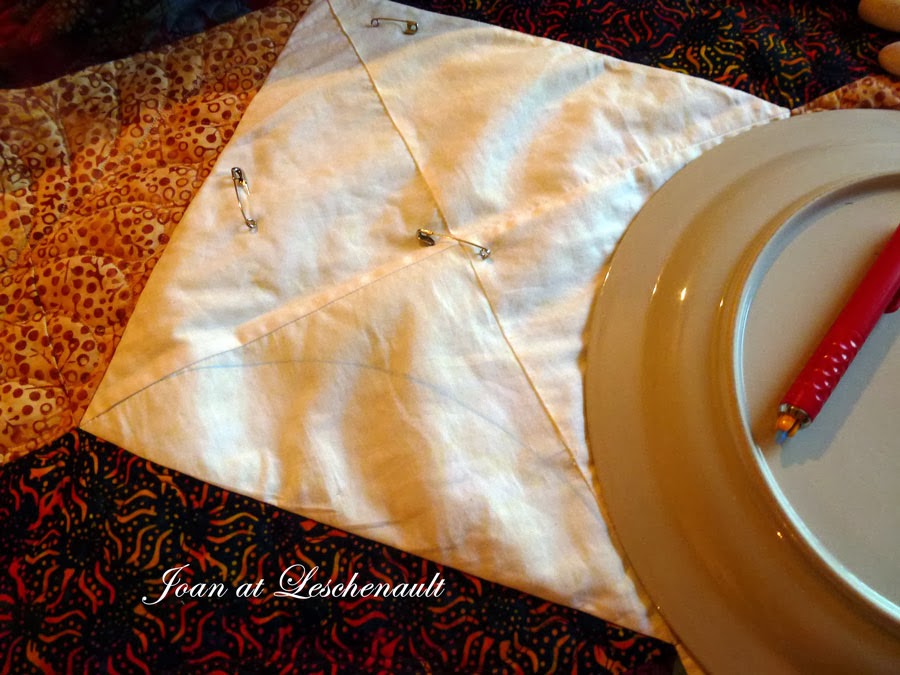 And the 'tool' I used for the half circles...
I dropped the plate last night but salvaged enough to draw the last circle.
My DH has taped up the edges of two of the pieces..in case I need it again :) 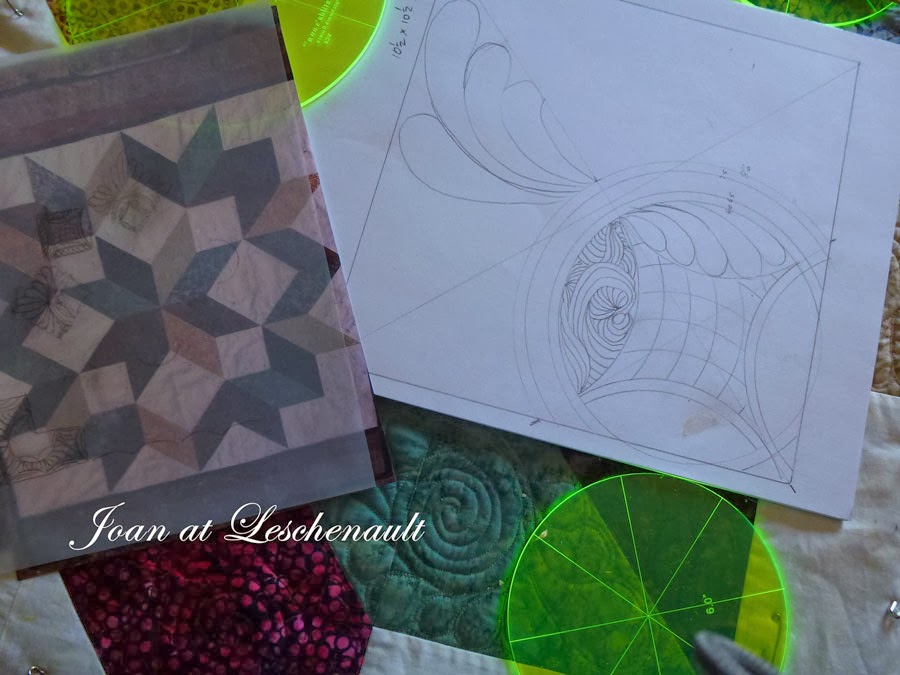 Some of the planning... which I didnt use ..

Joan this quilt is going to be stunning. Your FMQ feathers look spectacular and I love how the ruler layout looks. Thanks for sharing with us. Just awesome.

Good going! I have just bought some of Accents in Designs rulers, but have yet had a chance to try them.